Some time ago I had a burst of self referential genius (meaning precisely that I thought I was pretty clever) and wrote a parody of a very, very popular series of children’s books.  I’d read these books to my kids and LOVED them.  I think I have all of them.  But between my love of the books and the hijinx of raising my two daughters, I got the idea to write “If You Give a Mom A Margarita.”  (Don’t worry, I’ve got the whole thing registered, copyrighted and web domain claimed.) I gave it to a friend who is very connected to the children’s publishing world, and while the people she presented it to thought it was cute, she couldn’t get anyone too interested.  So it came back to sit on my lap for a few more months.

Then, I got the bright idea to publish it myself.  Bright idea all right.  Big idea.  I didn’t really know quite where to start or how to proceed.  Oh how I wish I’d had someone else to do all the dirty work; find a perfect illustrator, mechanically put it together, devise a genius marketing strategy, promote the holy heck out of it, get me a book tour, make a video, get TV appearances, the whole 99 yards.  But alas, that someone looked like it would have to be me.

I had a great idea for a TV promo (which will remain unspecified  for now), so I figured I would have to start the whole process myself.  But where to start?  I started by asking around for an illustrator.  My nice niece Ruby was my first choice, as I know she loves me, is a great creative artist, and can draw well.  She made me an adorable drawing and several sketches, but I quickly realized (and she was intuitive enough to realize too) that I wouldn’t be able to make demands of her as to my author’s specifications and quirkiness because she’s a full time college student.  I then approached another artist who sent me some of his work and I thought he had excellent skills, but he hadn’t ever worked in the self publishing world, so that gave me pause. (He also was going to charge real pro rates, which while not exorbitant, were up there.)  I stayed in pause mode for quite some time.

Cut to December.  (I’d started the ball rolling in late summer which is how we figured out that once school started, Ruby would be unavailable.)  I was in my creative-ass-kicking writing group when I came to the conclusion that I would first have to have a website if I was going to self publish my book, (which you know came true, because you are reading this on it.)  As would happen when you have a guardian angel poking his wing in your imagination, my creative ass kicker Wendy Hammers had just the guy for me to do my website.  And a day after she gave me his name and phone number, he wrote to her to say that he was offering a $pecial to friends of friends over the next several weeks.

Nothing puts a fire under my ass like a sale, so I called him.  And he didn’t let me linger in let-me-think-about-it-ville.  He was gently persistent.  And adorable.  I met him at a Starbucks and before I could backtrack, we were on our way.  When I mentioned the whole book concept, he said, “my brother is a great illustrator and he has self published lots of books.  Wow, a one stop shopping family.  Within a few days I had both pilot lights lit and I was cooking with gas.

And, now, a scant forty-five days later, I have a book that is about to be submitted for print on demand and a working website.

Here comes the tricky part.  I have to put together a marketing strategic plan.  More on that later, but here’s just a glimpse: 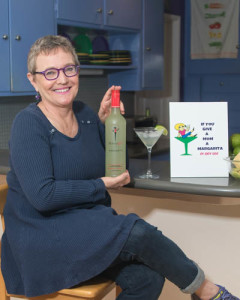 ← Some are gonna love you, others, not so much
Joyful Mourning Part 1 →

2 Responses to Self Publishing: This Sister is doing it For Herself