It’s not often that you can pinpoint the day everything changed, but luckily, I can.  Of course I’ve had vintage moments; meeting my college roommate soulmates and friends for all time, inviting Glenn Frey to teach a songwriting master class, getting married to my starter husband, the births of both of my girls.

But this day, September 6, 12 years ago, my life, my heart, my soul and my joy was transformed forever.  I met Dan Cogan.  We sat across the table from each other in David & Kathy’s backyard, at a Labor Day BBQ.  There were other people there, I think, but my attention was drawn over and over again to his eyes.  Cow eyes almost, soulful, amused, thoughtful, attentive, and just about too astonishingly beautiful to be a man’s.  He laughed easily, he listened, he spoke in that brushy snaredrum velvet, and I was hooked.

I had to leave on the early side to take my little one home, but I conspiratorially asked Dan if he would mind driving Alice home when he left, as we were just down the street.  He said sure.  It might have been my hand on his shoulder that was the sealant on fate.

As I left the house, I made sure that David knew that he should facilitate a meeting.  David told me that Dan was one of the nicest men he’d ever known, that he’d been the best man at his wedding and that he was divorced.  I had to spell it out that he should give out my phone number.

I got Milly home, and to bed, when five minutes later, the door bell rang.  I was surprised that they would have been leaving so soon after me, but I plumped up my hair, pinched my cheeks and went to answer the door.  It was Alice.  I immediately looked behind her for Dan’s car.  “Where’s Dan and AnnaLeah (his daughter)?”  “I walked home.”  “You what?”  It was 9:45, completely dark out, with no streetlights, and Alice was only 11.  I would never have let her walk home alone.  (I’m kind of freaky that way.)

But I laughed at my thwarted scheme and called Kathy to let her know that Alice had walked home.  “No, no” Kathy said, “she’s in the back playing pool with the girls.”  “Ha Ha,” I said, “no, it’s ok, she walked home.”

It took awhile after that night of waiting, wondering, did David give Dan my number?  After a couple weeks I took matters into my own hands, looked up Dan Cogan in the online yellow pages, took a chance that he was the one on Ramsgate St, and called.  The risk had its reward.  It was exactly the man I was looking for.  He was so happy to hear from me and not afraid to let me know.  Not only was he the specific Dan Cogan I’d been looking for, but it turns out, he was the man I’d been looking for my whole life.

What followed was a romance, a fairy tale, a dream come true.  He and I grew into our relationship over the next few years, always happy to be together, always aware of how lucky we were.

That he died nine years and two months after that one fine and fateful day, is tragic.  But it doesn’t diminish the miracle that we had each other for as long and as fully as we did.  Time is not the essence in this case.  It was the love.  The love was powerful, the love was joyful, the love was eternal.

People ask how I can be so unbroken by his death.  And that is easy to answer.  The love we had will never die. 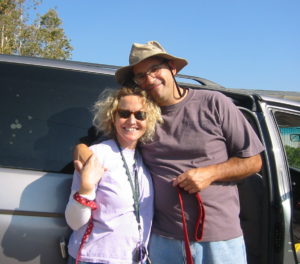 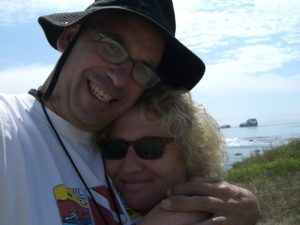 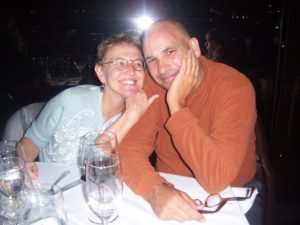 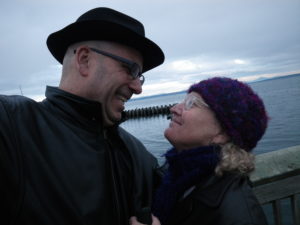 I’m two years, four months and six days out from tragedy. Dan died.   If I am anything, it is determined to not be bitter. To not be a sad, dark eye on the skin of the potato. I have many things to be grateful for, and I am. I have my daughters, my dog,…… END_OF_DOCUMENT_TOKEN_TO_BE_REPLACED

I’m in a widows dilemma. The number one obvious truth is that I lost the love of my life. Dan was my true soul’s match. I met him in my neighbor’s back yard; just a stones throw from where I lived, and where we subsequently lived together. We habitually brought out and celebrated the best…… END_OF_DOCUMENT_TOKEN_TO_BE_REPLACED